The importance of feathers 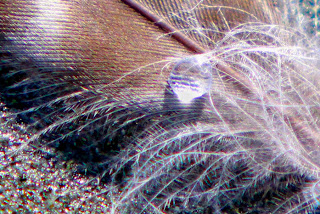 All birds have feathers and any animal with feathers is a bird.
Haven't been able to find the original author of this quote but it makes the classification of Aves pretty clear doesn't it?
Feathers are complicated structures. An evolutionary marvel.
The original pressure to adapt such an accessory was for warmth. Flight came much later. The insulating properties of feathers allow birds to live in the coldest and hottest environments that few other creatures can tolerate. Think of penguins in Antarctica or ostriches in the Sahara desert.
A different kind of bond between keratin protein strands in the feathers, beaks and claws of birds give them a greater toughness than the keratin parts of mammals (i.e. hair, horns, and hoofs).
The many colours seen in bird plumage come from either pigments absorbed from the diet or the microscopic refractive structures. 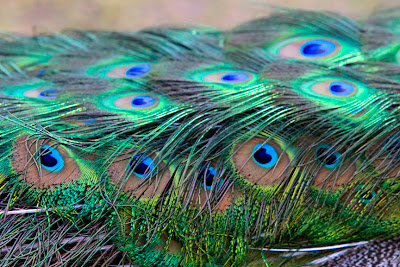 The arrangement of microscopic structures in combination with a certain angle of light give many species spectacular iridescent plumage.


The bright whites of seagulls and egrets come from air trapped between feathers that scatters all the wavelengths of light.

In some species the growth of wild feathered appendages would seem to put them at a disadvantage by either making them very visible to predators or too clumsy to escape.

Evolutionary biologists puzzled over this until they realized that the outlandish diplays signalled to potential mates what high quality genes must be carried by an individual that survives despite such an obvious handicap.

Artistic expressions can be found in infinite ways when exploring the intricacies of nature. Your photos show winged creatures are clothed in feathers that are as gorgeous as they are practical.

Nice thought. Thanks for reading aka Penelope.